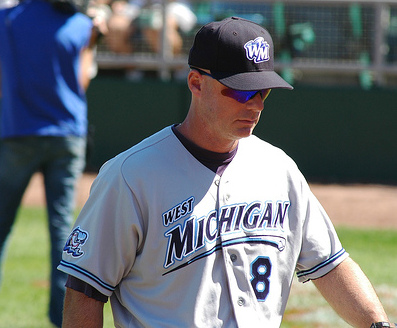 Former Tigers, Twins, Angels and Cubs catcher Matt Walbeck will manage in the Pirates' minor league system, at Lynchburg, Altoona or Indianapolis. He was the Rangers' big-league third base coach in 2008 and was Baseball America's minor league manager of the year in 2007, when he helmed Detroit's Class AA affiliate in Erie. There, he managed Jair Jurrjens, Matt Joyce and Andrew Miller. He spent the 2004-2006 seasons managing for West Michigan, the Tigers' Midwest League affiliate.

Here's a profile of Walbeck as a manager. He seems like a thoughtful and somewhat unconventional guy; he sometimes catches his pitchers' bullpen sessions himself, to get a better feel for their stuff.