Share All sharing options for: Introducing the West Virginia Power: A Photo Album

These photos were taken by Dustin Baldwin, a freelancer in the Charleston area, who generously offered them to Bucs Dugout. Many of these pictures are from last night's game against Lexington; the photos of Power players in black uniforms are from the pregame warmups. Dustin notes in the comments that the reason so many seats appear empty is because many of these photos were taken early in the game. There was eventually a pretty good crowd. 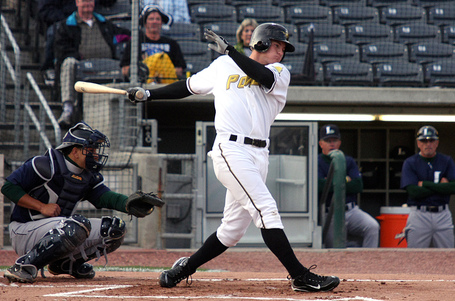 Above is Pirates bonus baby Robbie Grossman, who went 2-for-4 in his full season debut last night while starting in centerfield. 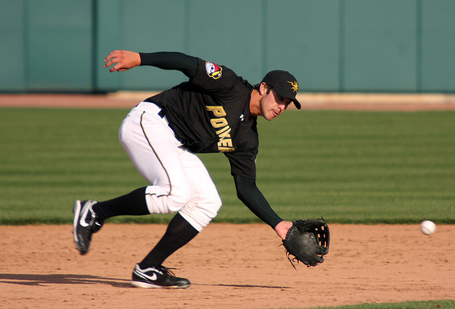 And this is shortstop Chase D'Arnaud, the Pirates' fourth-round pick out of Pepperdine in 2008. He went 2-for-3 last night with a double and two walks.

Much more below the fold. 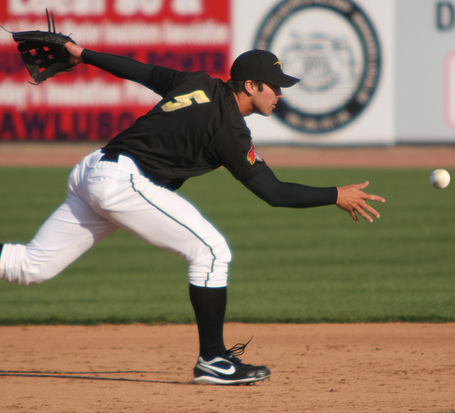 Above is another shot of D'Arnaud. 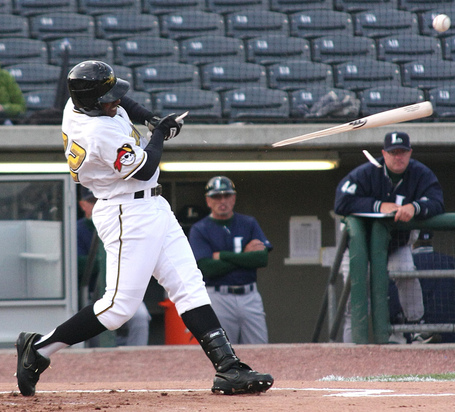 This is outfielder Quincy Latimore, the Pirates' fourth-rounder in 2007. Latimore struggled last year at State College, but he's still only 20. He went 2-for-4 last night. 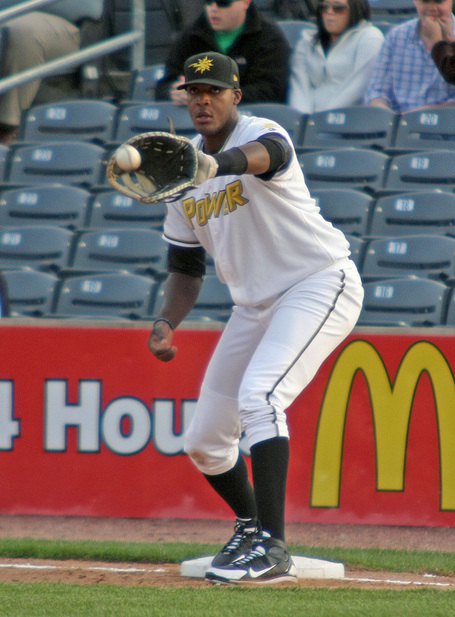 Calvin Anderson fields a throw at first. Anderson was the Pirates' 12th-round pick in 2008 and was one of the few decent players for State College last year. He went 1-for-5. 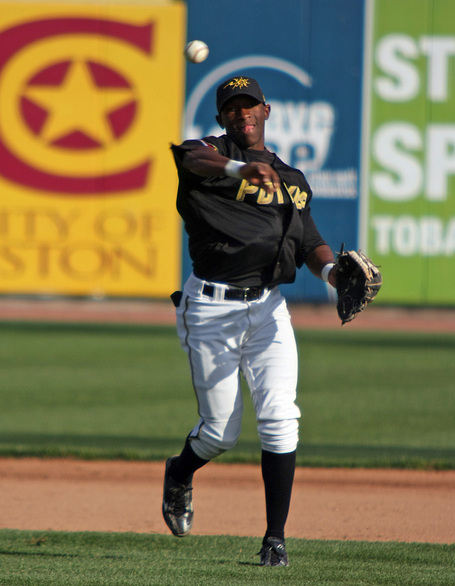 Here's second baseman Adenson Chourio. Chourio batted .335 with a .410 OBP and stole 30 bases for a very successful Bradenton team last year, but showed virtually no power; he'll have to work on that to avoid being taken advantage of by more advanced pitching. He went 1-for-3 with a walk last night. 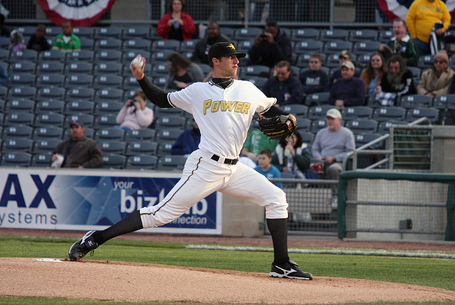 Here's 2007 second-rounder Duke Welker, who allowed five runs and struck out only one in five innings last night. Welker is repeating the level and probably isn't much of a prospect. 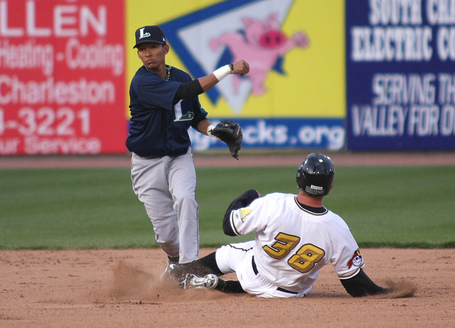 Third baseman Bobby Spain slides. Spain, who was selected in the 19th round in 2007, is an organizational player, so he's back in the Sally League despite hitting pretty well there in 2008.

Finally, here's a shot of the Power's new logo.