Share All sharing options for: More Photos of the West Virginia Power

Dustin Baldwin, the photographer from the Introducing the West Virginia Power photos from a few weeks back, has been kind enough to share some more pictures with us. 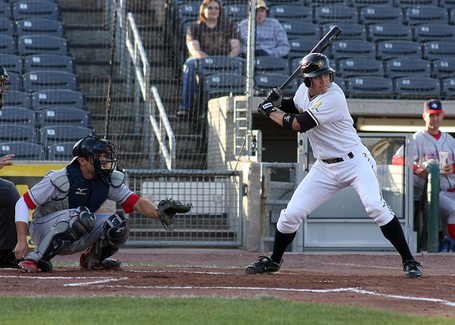 That's Chase D'Arnaud hitting against the Lakewood BlueClaws (Phillies). His younger brother Travis is the catcher. Travis was the Phillies' first-round pick out of high school in 2007, and he's a well-regarded prospect who hit well last year. He has struggled so far in 2009, but he's only 20. 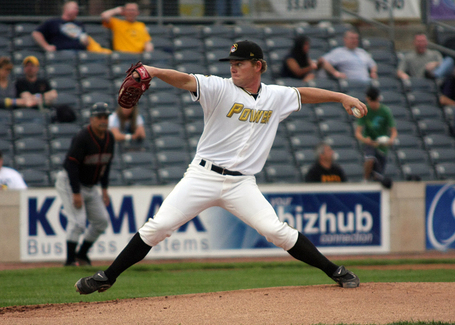 Above is Rudy Owens. The Power doesn't have much in the way of pitching prospects, but Owens might actually be one. He's 21, and he has 32 strikeouts and eight walks in 36.7 innings for the Power. I was surprised to learn that the Pirates gave him a $390,000 bonus to sign after they drafted him in 2006; the old regime wasn't known for those sorts of moves, and this particular one got so little publicity that I don't even remember hearing about it. Anyway, as a lefty, Owens will get lots of chances. 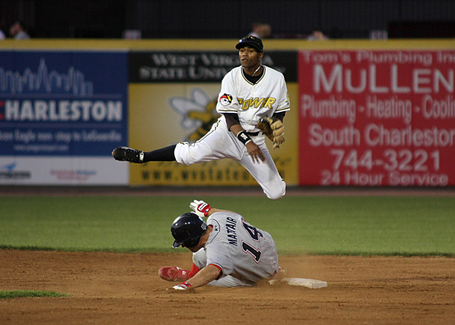 This is Greg Picart, who has lately received a lot of playing time, mostly at second base. Picart's 23 and was signed as a non-drafted free agent all the way back in 2004, so he probably isn't a prospect, but an opportunity arose when Adenson Chourio got off to a slow start, and Picart has taken advantage of it, posting a .400 OBP so far.

Much more beneath the fold. 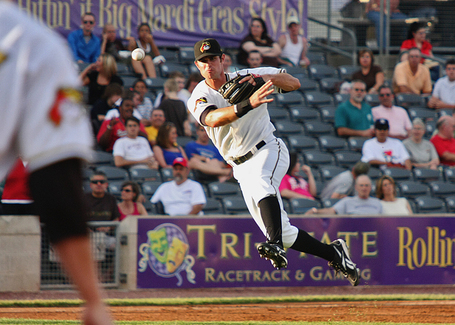 Here's third baseman Jeremy Farrell, the Pirates' eighth-round pick in the 2008 draft. Farrell missed the first few weeks of the season with an oblique injury and is still trying to get going. He's hitting .234 AVG / .324 OBP / .399 SLG so far. 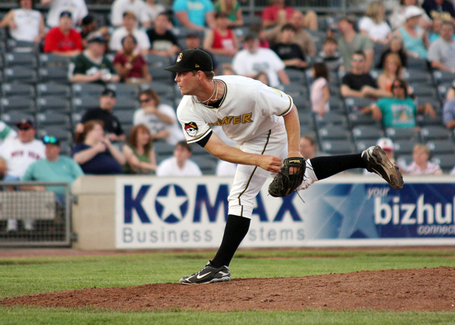 Above is Kyle McPherson, the Bucs' 14th-round pick in 2007. McPherson was one of the few semi-bright spots on State College's terrible pitching staff last year, and he's still young enough to be considered a prospect. The Pirates had him pitch in three-inning stints to start the season, but he's stretched out since then, and he threw 6 2/3 innings against Lakewood on Thursday. He bears a bit of a resemblance to Kip Wells, doesn't he? Sorry, I don't mean to jinx him. 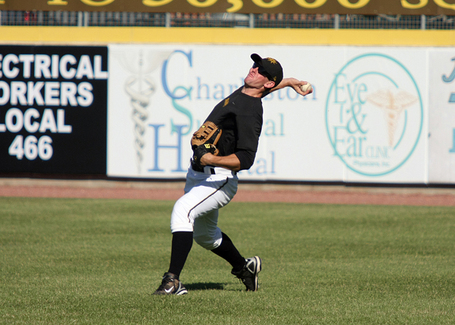 Here's outfielder Austin McClune, who the Bucs picked in the seventh round in 2006. McClune hit very poorly at Hickory last year and is struggling again this season. 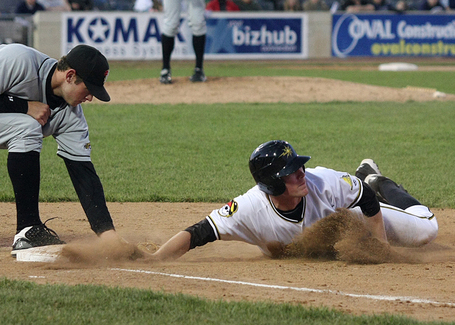