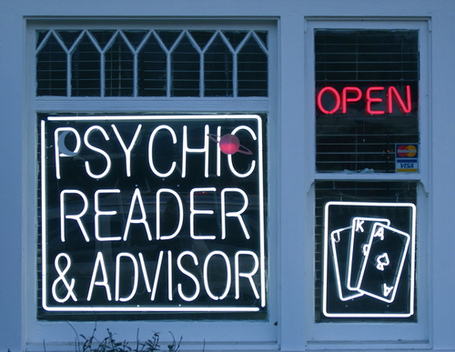 As Charlie noted in his post below, this is a slow time of year for baseball fans, and that being the case I thought it might be fun to resurrect a game from last offseason : the Retrospective Scouting Report. In case you don't remember, the rules are pretty simple. I'm going to provide the Baseball America draft-day scouting reports for three players who will be in camp with us next spring, with all specific identifying details such as names, teams, and conferences removed, and in the comments you'll try to match the player with his scouting report. After a day or so, I'll provide the answers, along with an examination of the player's development in light of scouts' draft-day expectations for him. For the purposes of the contest, anyone on the 40-man roster is eligible, as are all non-roster invitees. As an aside, please don't look players up before guessing - the game is more fun when played without prior knowledge.

Ready to get started? Descriptions are under the jump.

"Player A" has a tightly wound body and a lightning-bolt arm. He came out of the gate throwing 95 mph this spring and tried to keep up that pace this spring to impress scouts. But more often his velocity was in the 91-92 range. "Player A" throws from a three-quarters angle and gets good sink on his fastball, especially at the lower velocity. He projects more as a closer because he has not developed reliable secondary pitches. He has a below-average breaking ball and lacks confidence in it. "Player A" projects as a third- to fifth-round pick and has little signing leverage because he has few college options.

While "Player B" has hit more than 20 home runs in each of his first two seasons at "School X", scouts still question whether his power is legitimate. A quality college hitter, "Player B" hits a lot of balls to the opposite field, which plays well at "School X's" cozy home stadium. His outfield skills are just average. The draft-eligible sophomore will likely return to school for another year.

Drafted in the 23rd round by "Team X" last year, "Player C" turned down a $25,000 offer for a chance to improve his worth as a senior. He has succeeded. Just a thrower last season, he has improved his slider and changeup this year while improving the velocity on his fastball from 88-89 mph to 91-93 with a high of 95. His slider has jumped to 82-83. He has held his velocity deeper into games and has a good bounce-back arm, often closing "Conference X" games on Fridays and starting on Sundays.

OK, there you go. Post your guesses in the comments, and we'll check back tomorrow.

Update : Voting is now closed, and the results are as follows.

The top vote-getter for "Player A" was Charlie Morton, named on seven ballots, and Joel Hanrahan also received significant support with five votes. The correct answer was actually Evan Meek , ranked by BA as the fifth-best prospect in the state of Washington in 2002 and the 118th overall prospect in that draft class . Only three voters here picked Meek, and even that count includes cocktailsfor2's joke ballot, which referred to poster "even meek" rather than the pitcher of the same name. It's easy to understand the voters' difficulty, even though most of the description does sound much like the modern-day Meek. Meek still has a 3/4 arm slot and a power arm, and BA was correct about him ending up in late relief in the bullpen. Those occasional 95 MPH fastballs became more common as he gained stamina and his body filled out, to the point that Fangraphs had his average fastball at 95.1 MPH last year. The biggest difference, and the one that probably threw most people, is the comment about Meek's breaking ball. Whereas the young Meek apparently was a one-pitch pitcher, the slider is one of the modern-day Meek's best and most important weapons. The reference to high school may have also been confusing. BA listed Meek under his high school in their 2002 draft preview, even though he had graduated from it in 2001 and was attending community college at the time of the 2002 draft. Their projected draft position for him proved inaccurate, as he lasted until the Twins took him with the 20th pick of the 11th round. Minnesota then entered into a signing freeze with many of their top picks , out of concerns over the possibility of a player strike, and Meek didn't actually end up putting pen to paper until May 27, 2003, under the old draft-and-follow process.

There was runaway support for Matt Diaz as "Player B", with eleven votes, well ahead of second place John Bowker's four, and Diaz was indeed the correct choice. The college mentioned in his blurb was Florida State University, whose consensus top draft prospect that year was pitcher Nick Stocks , taken with the 36th overall pick by the Cardinals. The "cozy" home park was Dick Howser Stadium , which as you can see has a short right porch (320 down the RF line, ending in a 30-foot wall), and must have been very attractive to a RHB who liked to hit to the opposite field. The scouts' concerns in that area appear to have been well-founded, as Diaz has been more about doubles and line drives than the long ball during his MLB career, though he is of course a productive hitter even without huge power. BA did not include Diaz among the 35 players of their ranking within the state of Florida in 1999, but they did mention him as a sort of honorable mention below. In the real draft, he lasted until the 17th round, and after struggling to dispel the "AAAA" label with Tampa and Kansas City, he has enjoyed a nice second act to his career with the Braves.

WTM's observation that Kevin Correia was drafted as a college senior appears to have turned the tide in voting on "Player C". Correia had drawn no votes up until then, but pulled eight after WTM's announcement, moving him in front of Danny Moskos (five) and Ross Ohlendorf (four). In the end, Correia was indeed the correct choice. BA ranked Correia as the 23rd prospect in Southern California, and the 142nd overall prospect in the 2002 draft as a whole . His decision to re-enter the draft and come back for his senior year at Cal Poly - San Luis Obispo proved to be a wise one, as he was draftedin the fourth round by the Giants and earned a sizable upgrade on his bonus offer from 2001. In the majors, Correia's fastball has generally sat around 90/91 MPH, in between the quoted numbers for his junior and senior years. It's not uncommon for older prospects who suddenly and unexpectedly gain velocity to lose it again just as suddenly and unexpectedly, and it's always always good to remember that scouting reports about a prospect's "high" velocity can sometimes give an inflated impression of the general quality of his stuff. Correia has been reasonably effective even without the extra gas, though, due in large part to the improved secondary stuff the report cites, and his flexibility of role and short recharge time have served him well as a swingman.

No ballot correctly identified all three players. Six posters identified two of the three: zogger, Mr. E, Roberto, ElDuce, MarkInDallas, and bolton. I hope you all had as much fun with this game as I did. If there's interest, we may do another one in January. Either way, thanks for playing.