Share All sharing options for: Pictures From Minor League Camp, Part I

Here are some photos from minor league camp by WTM, whose excellent Pirate Player Profiles site is the single best resource for information about Pirates minor leaguers. WTM just sent me a bunch more of these, and I'll post them in installments over the next 24 hours or so. 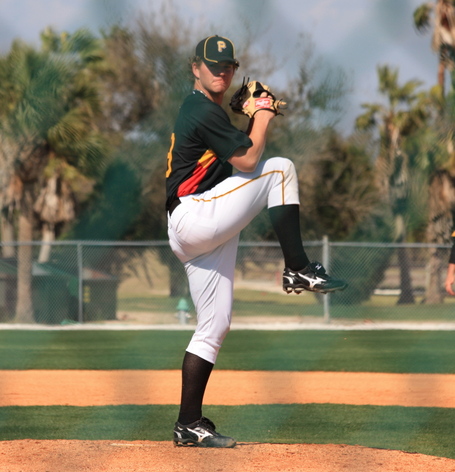 This is Rudy Owens, who I assume needs no introduction. After a huge year at West Virginia, Owens could begin the season at either Bradenton or Altoona. Below the jump: Jarek Cunningham, Exicardo Cayonez, Brock Holt and Aaron Baker. 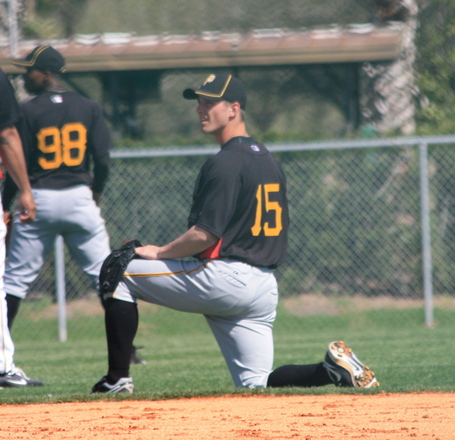 Here's Jarek Cunningham, the infielder who's coming back from an ACL tear. He'll probably be at Class A+ Bradenton after missing all of last season. 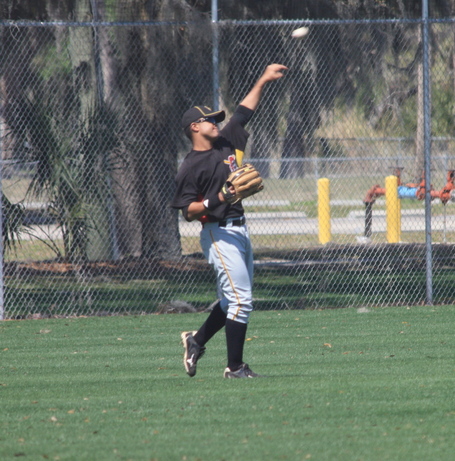 This is Exicardo Cayonez, an 18-year-old outfielder who posted an .820 OPS for the Pirates' Venezuelan team last year. Cayonez received a $400,000 bonus to sign with the Bucs in 2008. 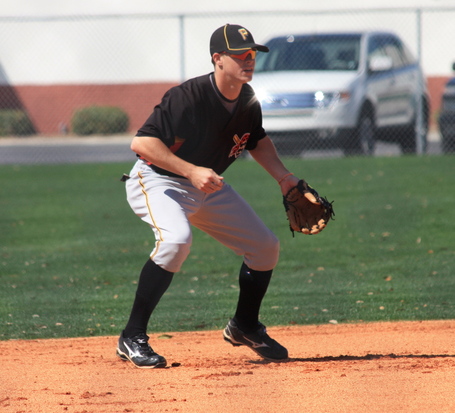 This is Brock Holt, the Bucs' 2009 9th-round pick out of Rice. He hit well down the stretch last year at State College and will probably be the starting shortstop next year at West Virginia. 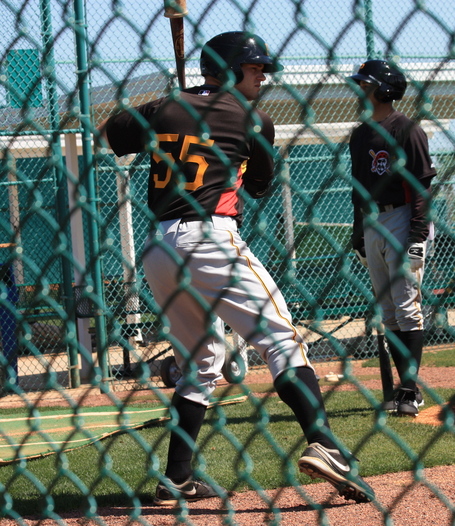 Finally, we have Aaron Baker, the Bucs' 2009 11th-rounder out of Oklahoma. He'll be West Virginia's starting first baseman.