Thanks again to WTM for the pictures. There will be at least one more installment up later. 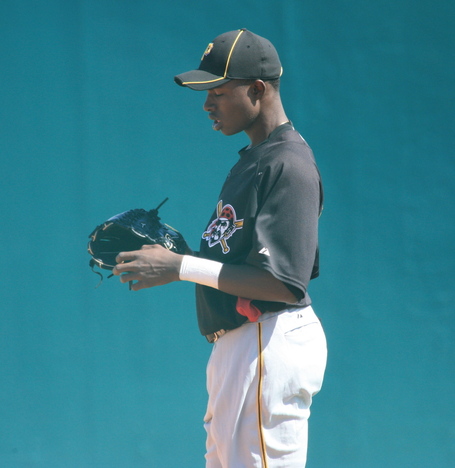 This is Gregory Polanco, an 18-year-old outfielder who put up a .727 OPS for the Pirates' Dominican team last year. 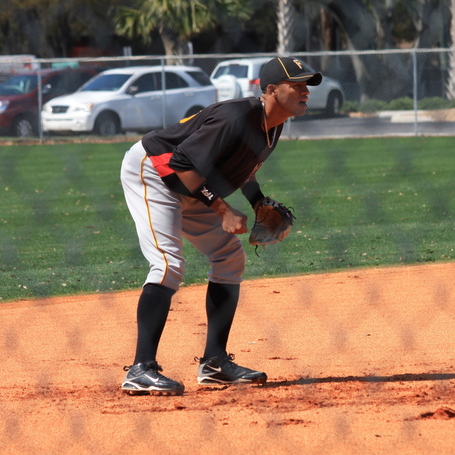 Here's Andury Acevedo, who might be familiar to some of you--he generated a little bit of hype after hitting well for a few games at rookie-league Bradenton in 2007 as a 16-year-old, but he's struggled in rookie ball since then. He's still only 19, though. 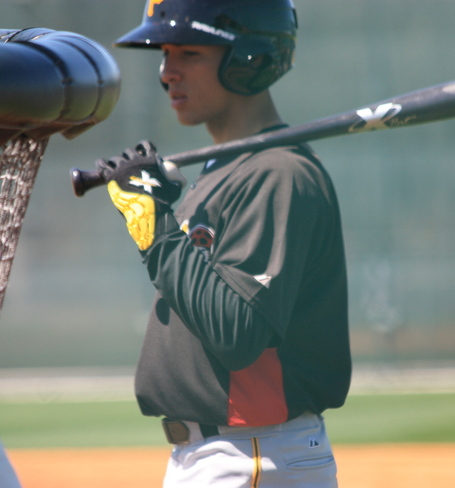 Above is Benji Gonzalez, the Bucs' 2008 7th-round pick out of Puerto Rico. Gonzalez is a good defensive shortstop who has shown a bit of contact-hitting ability so far; he might be West Virginia's starting shortstop this year. 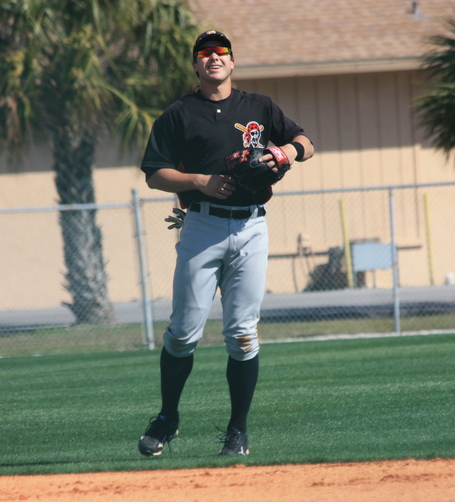 Here's Chase D'Arnaud, one of the Pirates' top prospects. 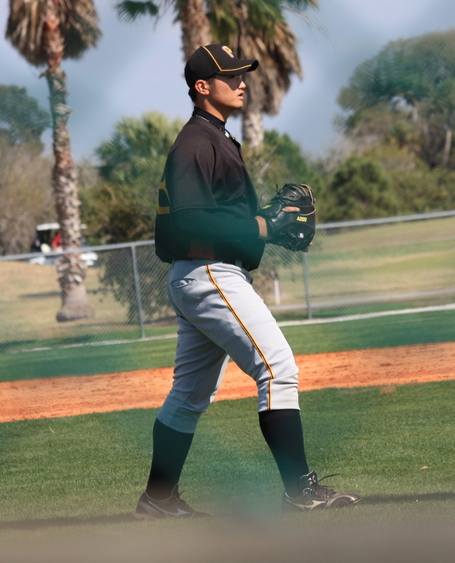 Here's Chi-Wei Hsu, a first baseman signed out of Taiwan last year. He's only 18, and I imagine he'll be in rookie ball this year. 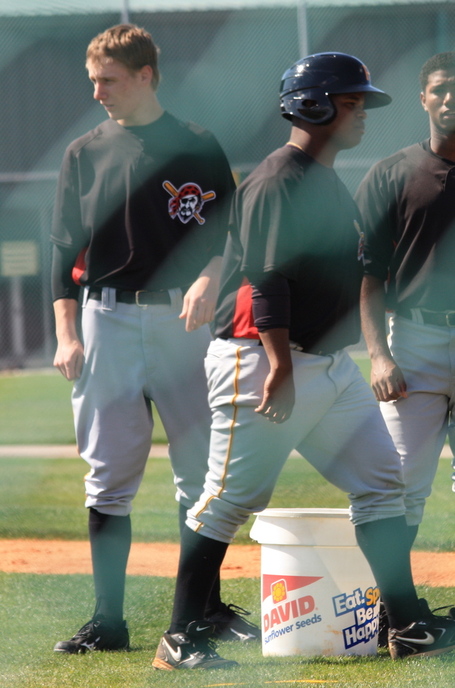 On the left is Daan Cornelissen,  a Dutch outfielder who will almost certainly be in rookie ball this year. Next to him is Michaelangel Trinidad, a first baseman from Curacao who destroyed the ball for the Pirates' Venezuelan team last year. Trinidad is already 21, so the Pirates may be a bit more aggressive with him than they are with players like Cornelissen or Hsu. They don't appear to be acknowledging one another here, but I wonder how much Cornelissen and Trinidad talk to each other, since I can't imagine there are many other Dutch speakers in camp. 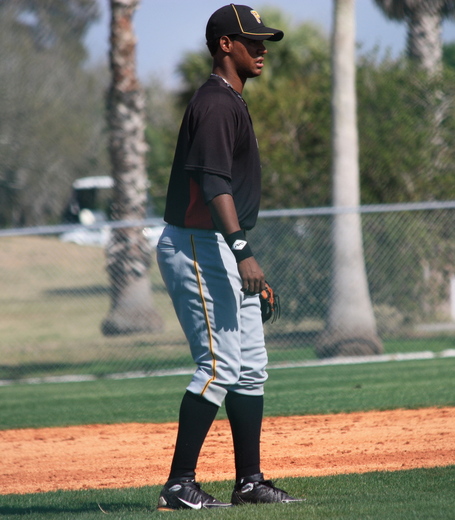 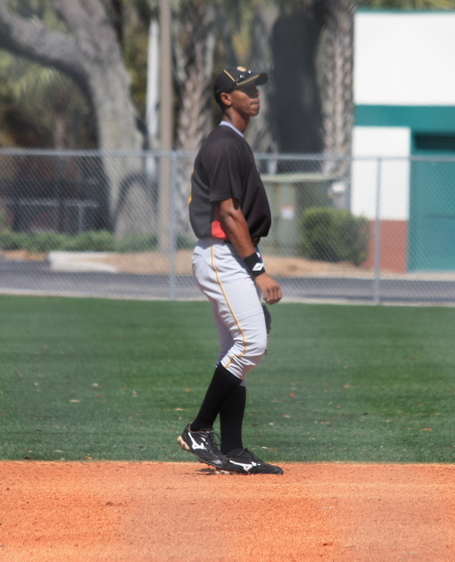 Here's CF Gavi Nivar, who I'm pretty surprised to see in camp--he had a terrible season in the Dominican last year. Maybe the Pirates really like something about him, or maybe they just need an extra outfielder somewhere.