Thanks again to WTM for the pictures. There will be at least one more installment to follow. 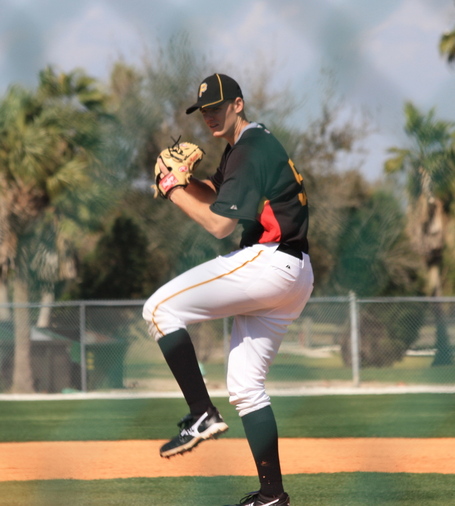 This is Tim Alderson, who the Pirates received from the Giants last year in return for Freddy Sanchez. 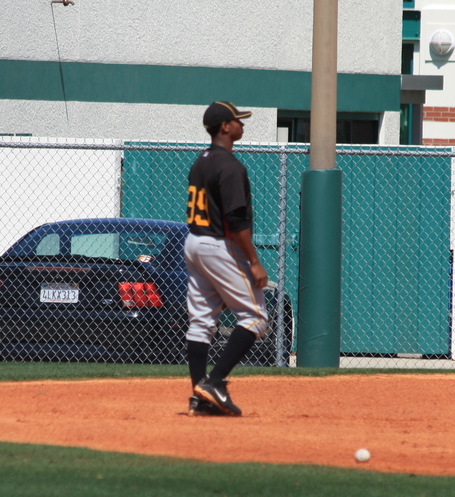 Here's shortstop Jonathan Barrios, one of the Pirates' big-bonus players out of Latin America in 2008. He'll probably be in rookie ball this season. 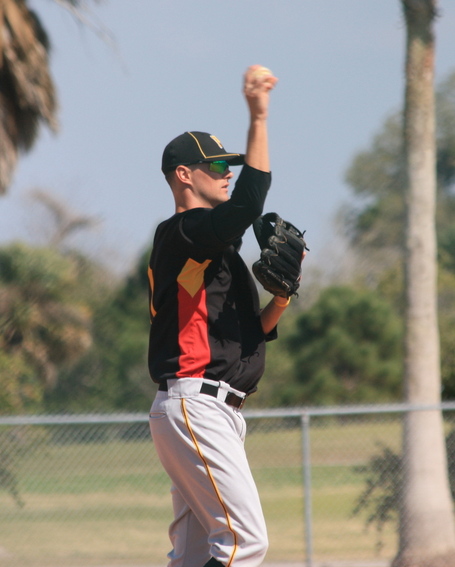 This is 2008 third-round pick Jordy Mercer, who will probably get at-bats around the infield at Altoona this year. 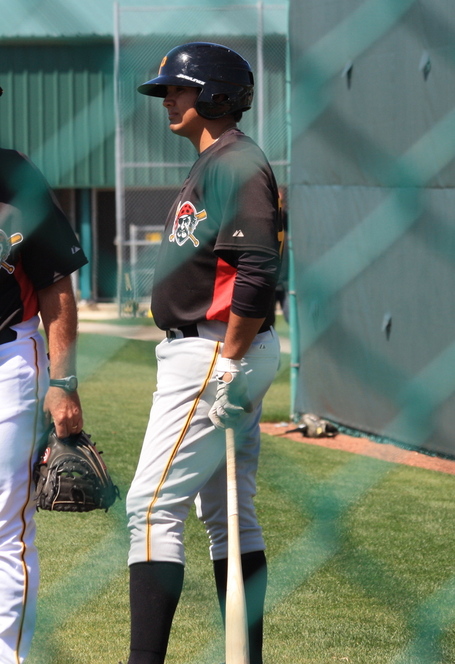 Here's outfielder Rogelios Noris, who hit very well in a tiny sample in Mexico this winter. Noris also hit pretty well in rookie ball last year, but with nearly a 5:1 K:BB ratio, it may be too early to get excited. Hopefully he'll be at West Virginia this year. 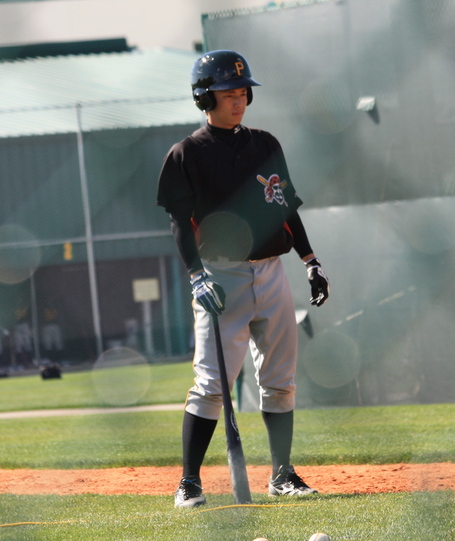 This is Ping-Hung Chi, one of the Pirates' signings out of Taiwan last year. He has yet to play anywhere in the minors, so who knows what the Pirates have here. You can see that he's a pretty tiny guy right now, but at 18, he may not be done growing. 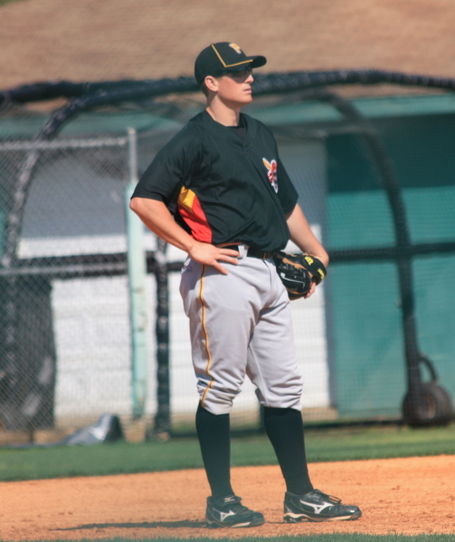 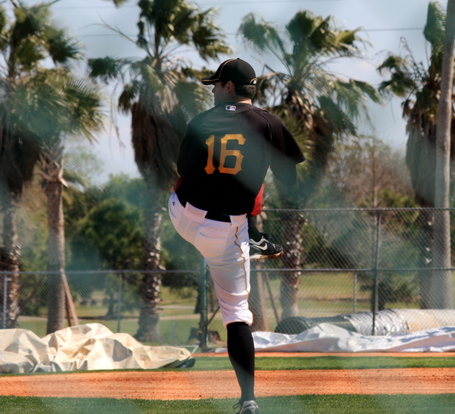 This is Phillip Irwin, the Pirates' 2009 21st-round pick. Irwin had an excellent debut at State College and will probably be one of about eight zillion starting pitching prospects at West Virginia. 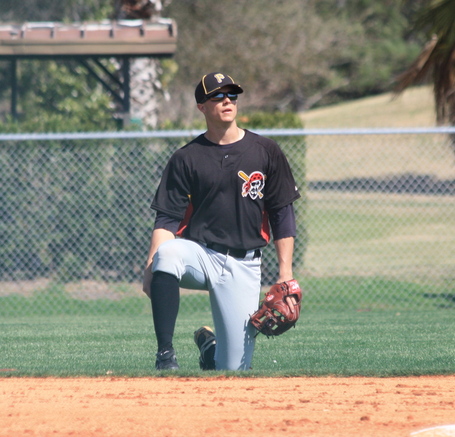 Finally, we have infielder Walker Gourley, the Pirates' 2009 13th-round pick. Gourley will be somewhere in the low minors, perhaps State College.