More pictures by WTM, who says that if any of these photos seem a little strange, it's because these guys are doing some sort of pickoff drill--the windups are fake. All the guys in this post are pitchers. 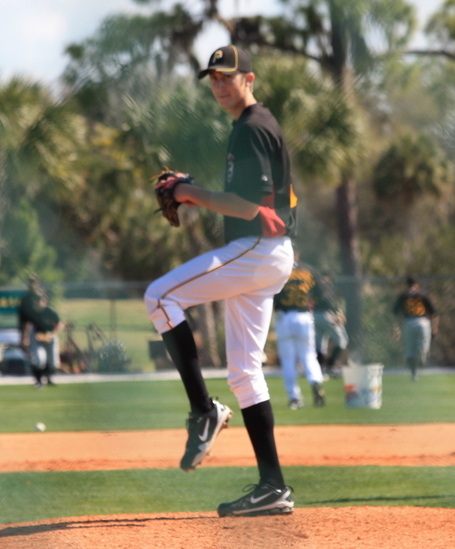 Here's 2009 seventh-rounder Trent Stevenson. Wow is this dude skinny. At 6'6", it's very easy to understand the Pirates' hopes that he'll continue to add velocity as he fills out. He's probably headed for State College. 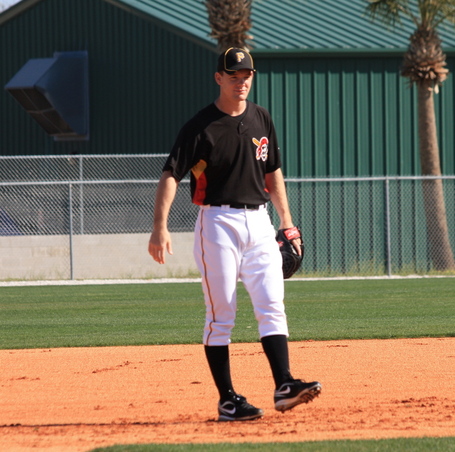 This is 2009 supplemental pick Victor Black, who will probably be in West Virginia's starting rotation. 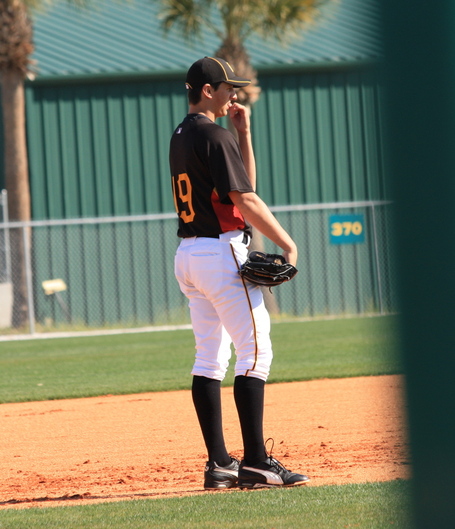 This is 2009 fourth-rounder Zackry Dodson, a high school pitcher who got a $600,000 bonus. After pitching just one inning in 2009, he could be anywhere in the low minors this year. 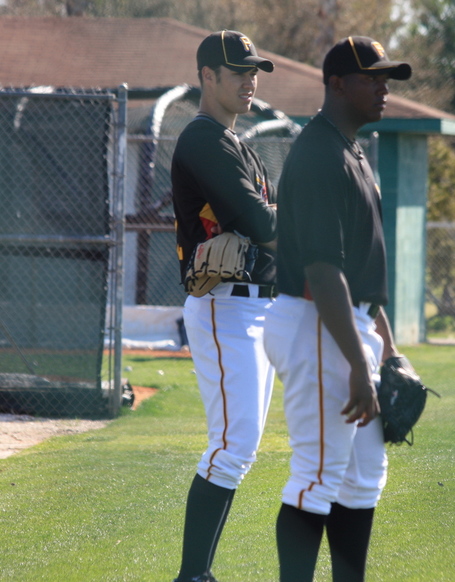 The guy on the left is Zack Von Rosenberg, a top prospect who, like Dodson, could wind up anywhere in the low minors. It would be great to see him at West Virginia, since he's supposed to be more polished than, for example, someone like Stevenson. 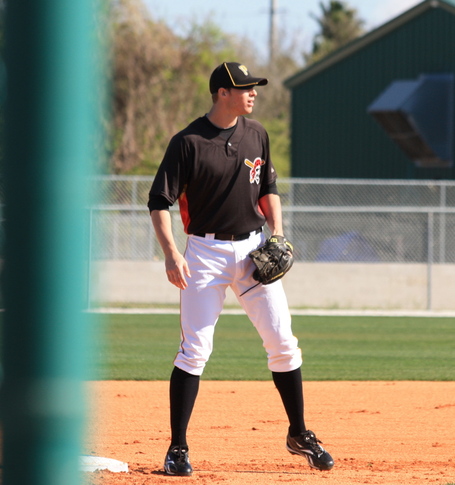 More Zachs--this one is Zach Foster, the Pirates' 49th-round pick in 2008. After a solid season for State College in 2009, Foster could be in West Virginia's 'pen this year. He'll be a bit old for the level. 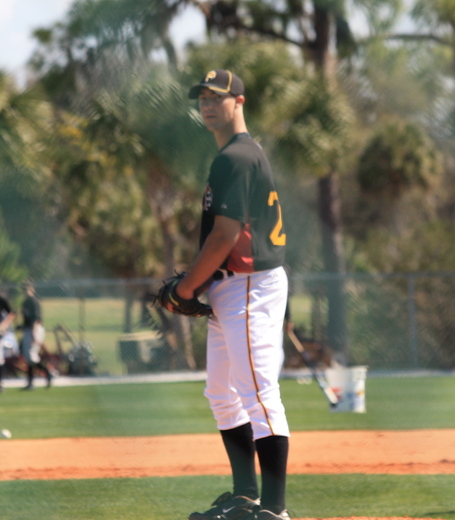 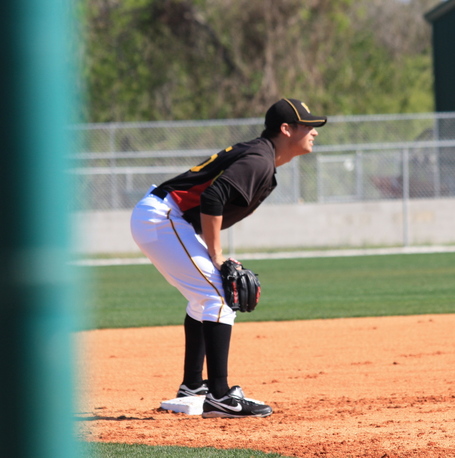 That's 2009 fifth-rounder Nate Baker, who could pitch at either West Virginia or Class A+ Bradenton. He looks a little like Andy LaRoche here, doesn't he? 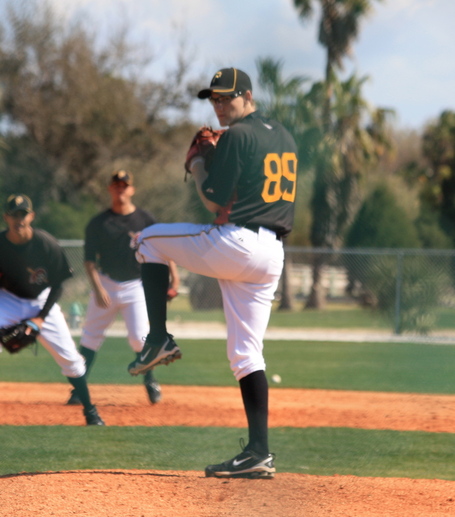 This is Jarryd Sullivan, a 20-year-old pitcher the Pirates signed out of Australia last year. 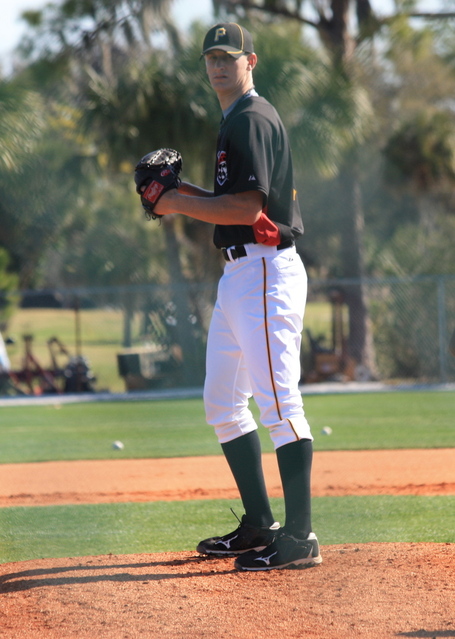 Above is 2008 21st-rounder Brent Klinger, who was injured all of last year but pitched pretty well in rookie ball after being drafted. 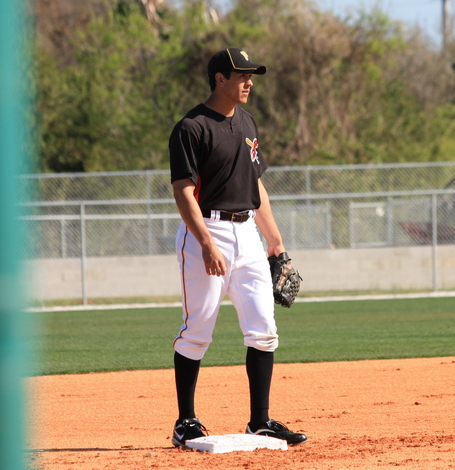 This is R.J. Rodriguez, Lynchburg's closer last season. He isn't a prospect and will probably be at Bradenton or Altoona this year. 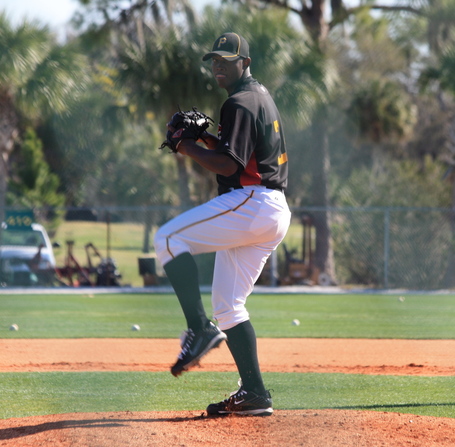 This is Gabriel Alvarado, who has shown flashes of talent--a good ERA one year, a good strikeout rate the next--without ever really putting it together. He was a starter last year, but with the tons of starting pitching prospects now in Class A, it will be interesting to see what the Pirates do with him. He's still young enough to turn into something. 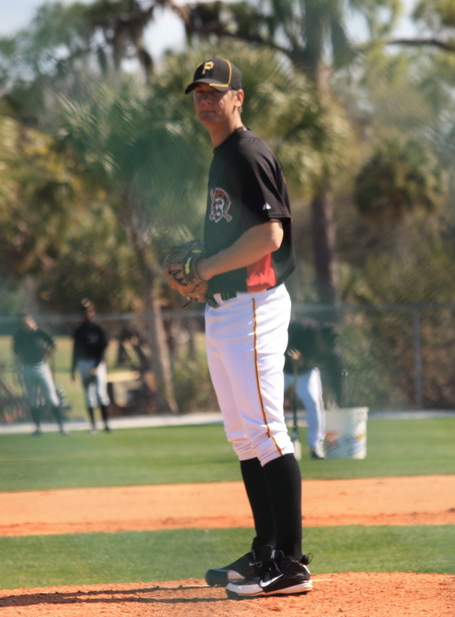 Finally, we have Ryan Beckman. Beckman pitched badly in rookie ball last year, but I'm not sure how much experience he has--he was homeschooled for what would have been his first three years of high school--and you can look at the body type here and see why the Pirates might think he could turn into something. He was drafted in the 18th round last year.