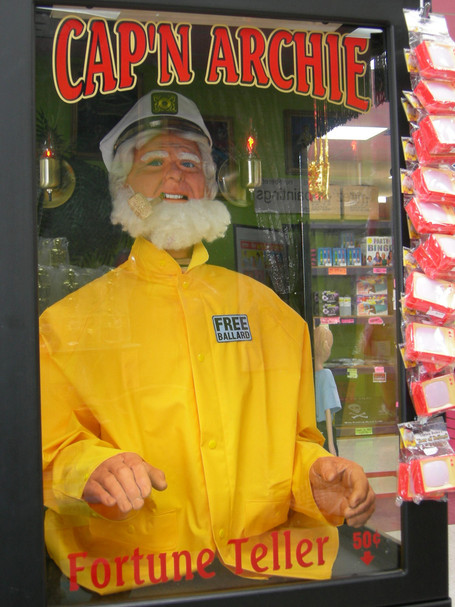 Since this tends to be a slow time of year for baseball fans, I thought it might be a good opportunity to bring back one of our annual traditions: the Retroactive Scouting Reports game. In case you don't remember from the first two years we did this, the rules are pretty simple. I'm going to provide the Baseball America draft-day scouting reports for three players who will be in camp with us this spring, with all specific identifying details such as names, teams, and conferences removed, and in the comments you'll try to match the player with his scouting report. After a day or so, I'll provide the answers, along with an examination of the player's development in light of scouts' draft-day expectations for him. For the purposes of the contest, anyone on the 40-man roster is eligible, as are all non-roster invitees. The winner will receive a highly valuable prize: bragging rights. As such, if you're a BA subscriber, please try to resist the temptation to check the answers, since it's more fun for everyone if the participants play fair.

Seem simple enough? Your three players, should you choose to accept them, are below the cut:

Update: Answers have also been posted below.

Though he hasn't hit with the power scouts wanted to see, "Player A" has been a bright spot for a [notable college] team that struggled this year. He's a solid defender, but his tools and lack of consistent power may prompt a team to put him behind the plate. He would be suited for the position because he has soft hands and arm strength, and is a tough, gritty competitor.

If "Player B" makes it to [college], he'll be one of college baseball's top two-way players [next year]. He's a 6-foot-3, 205-pound athlete who started at quarterback as a high school junior before taking his senior season off to concentrate on baseball. As a center fielder, he has 6.8-6.9 second speed in the 60-yard dash, tracks balls well and can put on a show in batting practice. Still, his strongest tool is his arm and he'll be strictly a pitcher once he turns pro. "Player B" consistently throws 88-91 mph and at times shows an above-average breaking ball. Hitting and pitching have diverted his focus, and he could develop quickly once he becomes a pitcher only.

"Player C" may have the best bat speed in the state. He drives balls with excellent pull power, though he'll need to make better contact, especially on offspeed pitches. He's a one-dimensional talent as his other tools are just so-so. He committed to [the same college another current Pirate attended].

OK, there you go. Post your guesses in the comments, and we'll check back with the answers in a day or so.

The contest is now closed, and here are the answers. Links on the players' names go to the scouting report for the player in question.

Player A is Casey McGehee: In 2003, Baseball America ranked him as the #27 draft prospect from "Northern California" as a college junior, and the Cubs picked him in the 10th round. The "notable college team" in the blurb is California State University Fresno, a.k.a. Fresno State, the 2008 College World Series champ and the alma mater of Terry Pendleton, Jeff Weaver, and Matt Garza, among others. McGehee hit only three home runs in his junior year, down from eight in the season before, though his .346 batting average meant that he was still a useful offensive contributor. He did receive a trial run behind the plate as a pro, with 28 games as a catcher in 2004 and another 65 from 2007-2008, though third base remained his primary position until his offensive breakout with the Brewers in 2009. The plaudits for McGehee's defensive tools are somewhat surprising in retrospect - he's certainly a capable enough third baseman, but the scouting report makes him sound like a future Gold Glove candidate.

For understandable reasons, most guesses focused on other part-time Pirates catchers, such as Eric Fryer, Jeff Clement, Jake Fox, and Neil Walker. The posters who correctly identified McGehee were dunkuntou, WTM, Raybin, gonfalon, and BurgherKing.

Player B is Chris Resop: In 2001, Baseball America ranked him as the #15 draft prospect in the state of Florida, where he was a two-way star for Barron Collier High School of Naples, Florida, and the Marlins took him in the middle of the fourth round. The college commitment referenced in his scouting report was to Miami. Resop is still 6'3", but he's added about 20 pounds of muscle since then, and as a result of that physical development (and a move to the bullpen) his average fastball currently sits around 93, rather than in the high 80s. The report properly credits him with an above-average breaking ball, of course, but its reference to Resop's hitting ability seems a bit less apt, as he's compiled a batting line of only .199/.248/.283 in 309 minor league PAs, and is 0-for-1 in his major league career. He probably made the right choice by going with the mound rather than the outfield.

Far and away, the most popular guess for Player B was James McDonald. That makes a certain amount of sense, as McDonald is tall enough (listed at 6'4") and has four members of his immediate family who played pro ball as outfielders: uncle (and Pirates draftee) Donzell McDonald Sr. and cousins Darnell McDonald, Donzell McDonald Jr., and Darin McDonald. Only three posters correctly identified Resop: dunkuntou, Superstar25, and whygavs. WTM also deserves half-credit for nearly getting there in this post.

Player C is Nick Evans: In 2004, Baseball America ranked the future Met as the #6 overall player in a weak crop from the state of Arizona, assessing him as the best player from the state not expected to go in the first five rounds. They were close, as the Mets took Evans right at the top of the fifth. Evans's college commitment was to Texas Tech, whose MLB products include current Pirates starter (and 2003 19th-round pick) Jeff Karstens. A look at Hit Tracker confirms that Evans's power does primarily come from pulling the ball, as all four of his home runs last year were to straightaway left field, and all of his ML home runs in his career to date were on the left half of the diamond. The pessimistic view of Evans's other tools appears to have been justified, as contact remains an issue against RHP, he doesn't run well or often, and he has struggled to find a long-term defensive position.

Guesses for Player C were all over the map. Garrett Jones and Casey McGehee drew a decent amount of support here, as did Evans's fellow 1B NRI Jake Fox. I can't really blame anyone for not identifying Evans, as the report was extremely vague. There were a few correct responses: wg1of5, WTM, BurgherKing, j1066, and Leftys.

Thanks for playing. I hope you had as much fun with this as I did.