Charlie Morton threw 86 pitches and five innings during a simulated game this afternoon at Citizens Bank Park. He described his pain and overall health as basically unchanged. He still feels discomfort throwing, and the pain increases until it plateaus at certain point and doesn't go away.

"It's not going to get any different," Morton said. "I came to grips with [that] in late July. It's just not getting any better."

Morton said he is open to be used as a reliever, but he is uncertain in what role the team would feel comfortable in using him out of the bullpen since they're concerned about his consistency.

Ultimately, he said he could pitch right now, but the question is whether he is a better option than someone else at this point. The feedback he is getting from the team is that he needs to remains ready in case he is needed for an emergency spot start.

Clint Hurdle appears open to using Morton out of the bullpen, but said there are many issues to consider before arriving at that decision.

"It's a great question. In theory it needs to be asked," Hurdle said. "He's not a guy you're going to get up and down. Or, a guy like [Jared] Hughes, who you're going to get ready in nine pitches. He'd be a guy you'd have to look for an opportunity. It would be a challenge at an end of inning to get him up and have him ready by the start of the next inning, because he has started so many games. I don't know how much sense it makes, and I don't know if you're putting a player in a position to have success if you go about [it that way]. The book hasn't been closed, but those are discussions we're having."

Ideally, Hurdle would prefer being able to use him as a starter if his condition improves.

"Right now, a healthy Charlie [Morton] would be in our rotation," Hurdle said. "With what he is dealing with, we're trying to figure out what percent of Charlie we can get to be competitive on the mound ... We want to keep an active, live arm where he can give us five innings."

Hurdle echoed Morton's sentiments that right now they want to keep him in shape in case one of the current members of the rotation goes down.

Bucs to face a different Buchanan

The Pirates first faced Phillies rookie right-hander, David Buchanan, on July 5. Heading into that game, Buchanan had a 4.86 ERA and a ground ball-to-fly ball ratio (GB/FB) of 0.98. The home run ball was his Achilles' heel, as he allowed seven in 46.1 innings pitched. In his start against the Bucs, Andrew McCutchen tagged him for a two-run home run in the first inning and the Pirates added one more run in the second, on their way to a narrow 3-2 victory. Since that start Buchanan has become something of different pitcher. He has posted a 2.85 ERA in last seven starts. His new found success is largely a consequence of throwing a lot more ground balls. Since July 9, his GB/FB ratio is 1.45, which has contributed to only allowing three home runs over the last 41 innings. In the month of August he ranked ninth in ground ball rate, inducing grounders at a 55.3 percent clip. 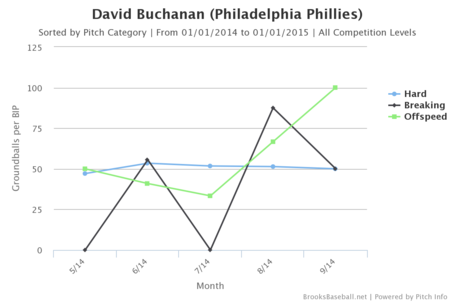 Clint Hurdle pointed to reverse splits as the biggest thing that stands out to him when scouting Buchanan. Right-handers have batted .303, while lefties have posted a .212 batting average.

"His splits are dramatic," Hurdle said. "They're 95 points right-handed versus left-handed ... [He] just seems to have better angle and better finish more often with left-handers than right-handers."

Polanco returns to the starting lineup

Gregory Polanco returns to the starting lineup and will bat seventh tonight. It is his first start since August 24. Hurdle described his decision to start Polanco as a "straight out hunch ... manager's decision." 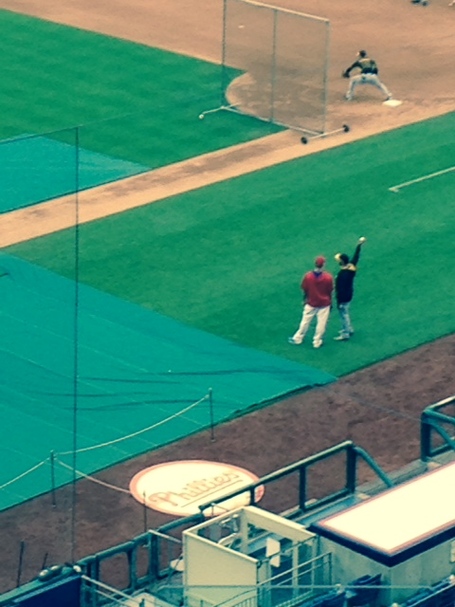