Sept. 30 marks the anniversary of the 3,000th hit of Roberto Clemente's career

The biggest accomplishment of Pittsburgh sports legend Roberto Clemente wasn't his 3,000th hit, which came 50 years ago. But it's the one all Pittsburghers will remember. 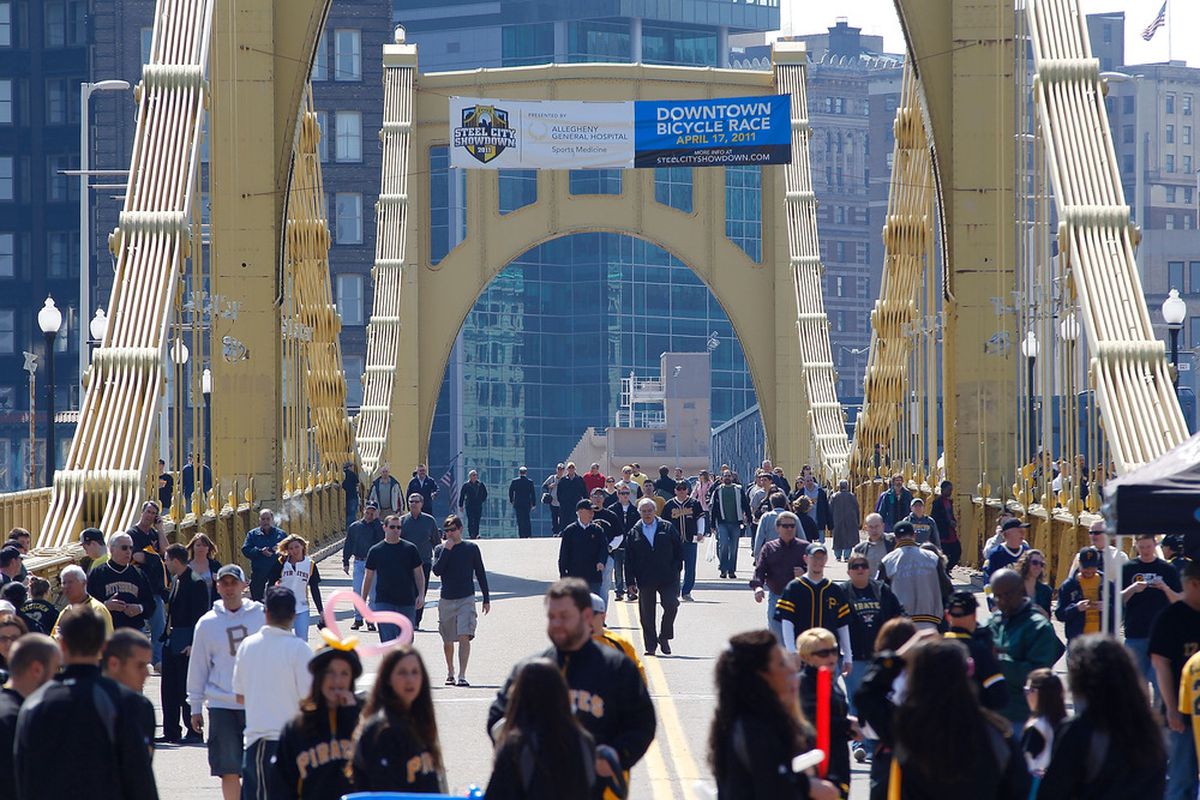 As I sat in the press box that September afternoon, a 24-year-old kid working his first job for a local radio station and stringing for ABC Radio Sports, I remembered the exact moment when Roberto Clemente became my hero. It was one evening 16 years earlier, when Roberto performed a feat no one had ever accomplished before, and no one had matched it since. They still haven't.

I remembered the night of July 25, 1956. I was sitting next to the window of my bedroom of our house on Highview Street in Pittsburgh's East End. Across the street, Mr. and Mrs. McClements, an elderly couple, sat rocking on their glider, listening to Bob Prince doing play-by-play on KDKA. I could hear the broadcast over the chirping of the crickets. I was supposed to be asleep.

The Chicago Cubs led the Pirates 8-5 in the bottom of the 9th inning. The Bucs mounted a rally and loaded the bases with nobody out. I remember Stan Hack was the Cubs manager and he went out to the mound. Hack replaced Turk Lown with Jim Brosnan. Prince mentioned something about the exit gate in center field being opened, and then went into the shtick about the tying run on first and the winning run at the plate. Bases loaded, nobody out, and Clemente coming to the plate. Hack went back into the dugout, and Brosnan was about to become the answer to a trivia question.

Clemente hit a drive over the center fielder's head and Prince hollered that it was rolling "alll the waaay to the batting cage." Clemente tore around the bases with his magnificent fury. Manager Bobby Bragan was coaching third, if I remember correctly, and he signaled Clemente to stop at third. Clemente kept going.

An eight year old was smitten. Clemente, who had just become the only player in the history of Major League Baseball to hit an inside-the-park walk-off grand slam homer, had also just become my hero.

If you were a kid growing up in Pittsburgh back then, Clemente was a constant in your life.

You went to Saturday afternoon "knothole club" games, and sat in the right field bleachers with your scout pack. Before the game, during fielding practice, the kids would yell at Roberto to uncork a throw to third base. He'd smile and shake his head no, and then hold up a finger and smile. Eventually, he would turn to his young fans and signal that a throw would be forthcoming. He'd fire a laser shot to Frank Thomas or Don Hoak and the kids would "oooh" and "aaah," and he'd turn around and smile. Roberto gave us kids his heart, and we gave him ours.

Every kid in town knew his closed batting stance, and we all tried it out, whether in Little League or speed ball or whiffle ball. We knew how to manicure the dirt in the batter's box, and we all did the omnipresent neck twitch.

One Friday night in May, 1958, the Pirates hosted the Phillies and I really, really wanted to go. My Dad was out of town on business and Mom said no, but I went anyway. I took the 71 streetcar to Oakland, Ron Kline was pitching for the Pirates. It was scoreless in the fourth inning when the Phils loaded the bases with one out and Chico Fernandez hit a fly ball deep to right center. From the left field bleachers, it seemed like Clemente was near the 375 mark when he made the catch and Granny Hamner tagged up and came trotting home. Clemente authored the greatest throw I had ever seen or even will see. The crowd began to roar as Hamner picked up the pace. The throw was a perfect strike that arrived in Hank Foiles' glove just as Hamner arrived at the plate. Out! The game remained scoreless.

Ted Kluzewski homered in the 12th inning to win the game 1-0, but the big story in the paper was about the greatest throw that anybody had ever seen. And there was another story about the 10-year-old kid from Highview Street who was the "runaway to Forbes Field," and how the police had been looking for him.

Clemente was well-known in Pittsburgh for his frequent visits to sick kids at Childrens' Hospital, and Bob Prince told us that he often visited sick kids in other cities during road trips. He was also known to stop by and watch the occasional sandlot or Little League game.

He learned his English from watching television, including the Lone Ranger, but eventually it was passable enough to do a radio commercial for Harmony Dairy ("It's quality checked") As much as we loved him, the kids in my neighborhood all did imitations of his thick Spanish accent.

The 1960s was the Clemente decade in Pittsburgh. He dominated the sports scene, and became as much a part of the city as our hills, our valleys, and our three mighty rivers. Those of us who grew up watching him cannot imagine those years without remembering "the Great One."

I graduated high school in 1966, and got a summer job at the Allegheny County Sanitary Authority. I was assigned to a truck driven by a gentleman named Henry Coolong. Henry's wife Elsa was from Carolina, Puerto Rico, and Elsa's family and the Clementes had been quite close in Carolina. As he would drive the Alcosan truck around from pumping station to pumping station, Henry told me about the Coolongs and the Clementes.

When Roberto first came to Pittsburgh as a 20 year old in 1955, he was a stranger in a strange world. He spoke no English and knew no one. Soon he was knocking on the Coolong's front door, wearing a white shirt and tie, with a piece of paper containing their address in his hand. Henry and Elsa became Roberto's first friends in Pittsburgh.

In 1962 or '63, Henry was working as a laborer in a steel mill when he developed a bad back. Roberto knew he needed to help his friend. Having just won the batting title, he said he wanted to meet the Mayor of Pittsburgh and have his picture taken. Mayor Joe Barr obliged, and at the photo op, Clemente asked if he could find a job for his friend Henry. Joe called John Laboon - Art Rooney's friend - who was head of the Sanitary Authority at the time, and they found a Henry a job.

Roberto Clemente became a batting champion and MVP and superstar, while Henry supported his family by working on a boat taking water samples and then driving a truck and working in the sewers, but Henry and Elsa remained among Roberto and Vera's closest friends. Roberto never forgot who he was and where he came from and never, ever turned his back on his old friends.

In 1971, we in Pittsburgh shared Clemente with the rest of the baseball world. He dominated the World Series with his bat, his glove, and his speed on the basepaths, while mesmerizing the world with his arm. The Pirates defeated the Orioles, and Clemente was MVP. As they interviewed him on live television in the locker room after game seven, he again did something no player had ever done. He said we wanted to say something in Spanish, and he then told the world in his native tongue that on this day, he wanted to give credit and blessing to his father and mother. He then explained in English what he had just said in Spanish.

Flash forward to September 30, 1972. I was sitting in the press box, watching. Clemente's family and a delegation of dignitaries from Puerto Rico were there, as they had been the night before. Roberto had been stuck on 2,999 hits.

In the fourth inning, he took a pitch from Mets' rookie John Matlock and drove it to the gap in left center, all the way to the wall. The crowd cheered. Roberto doffed his cap. They stopped the game and had a ceremony. It would be his last regular season hit, number 3,000.

After the game, I went down to the locker room with my tape recorder to interview Clemente. When I got there, he was shirtless, and I couldn't help notice that there didn't seem to be an ounce of fat on him. At the age of 38, he had the body of a 25 year old. Henry always said Roberto didn't really eat, he picked at food like a bird. He didn't really sleep. He took catnaps. He took care of himself. (Years later, when David Maraniss told me he was going to write a book about Clemente, I suggested he find a picture of Roberto shirtless and suggested Les Banos might have one. Les did, and it's in the book.)

When I interviewed Clemente, he said he was happy, but mostly for the team, for the fans, and for the city of Pittsburgh. I thanked him, then thanked him in Spanish (gracias y la enhorabuena) and he smiled and reached out to shake my hand. It was the last time we spoke.

Three months and one day later, he was dead.

I'm not ashamed to say that I wept when my dad called me on New Years' morning to tell me that Clemente had died in a plane crash. He had been my personal hero since I was eight years old. Now I was 24, and I had grown up watching him and had gotten to meet him and interview him and shake his hand. And now he was gone.

I had a radio talk show to do that night on WJAS. It was a Sunday, and because of the New Year's Bowl Games, the show ran for only an hour. I spent the entire hour talking about Roberto. I read A. E. Housman's poem, "To An Athlete Dying Young." I played cuts from the locker room interview I had done after his 3,000th hit. And I played one song in his memory. It was a Latin American song, written in the 1940's as a protest against racial injustice. It was sung by Roberta Flack. It was the haunting "Angelitos Negros." The lyrics, translated from Spanish, include these...

In many older painters, Although the Virgin is white,

Whenever you paint churches, why despise their color?

Painter, if you paint with love, Paint a black angel.

Tears ran down my cheeks as Roberta Flack sang in Spanish, "siempre que pintas iglesias, Pintas angelitos bellos, Pero nunca te acordaste, De pintar un angel negro." Somehow, when the song was over, I held it together and finished the show.